“Dwelling is the combination of architecture and urbanism”

Dwelling, as a place to live, can be a house, a flat, an apartment or other place of residence. It is a place where human spent of most of their time while indoor. The concept of dwelling has been changed over the last hundreds years, in that period, the many dwelling building in different place of the world represent an unique local culture with different interior, exterior, structure, etc. However, in modern days, most of these symbols and architectural styles had already disappeared, dwelling buildings on this planet all blend into one style – Urbanism. It becomes more of an urban spaces, a place offers convenience and rest instead of an art product within its unique architectural style. 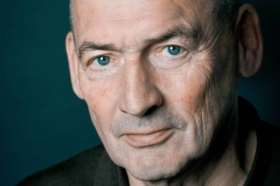 Remmert Koolhaas was born in 1944 in Rotterdam, one of the greatest modernism architecture in the world. In early years he was a reporter and scriptwriter. After studying architecture between 1968 and 1972 in AASchoolArchitecture, and in Cornell University, with Zaha Hadid, Elia Zenghelis they established OMA. During his architecture life his famous works include Villa of Bordeaux, CCTV Headquarters in Beijing and Seattle Central Library in USA etc. In 2000, He acquired the Pritzker Architecture Price.

His works are heavily based on surrealism combined with neoplasticism. Furthermore he adds the unique feature of the environment and society into building’s shape and structure in order to express different ideas and thoughts from human. Villa of Bordeaux is a perfect example showing Rem’s style dwelling, combining urbanism’s convenience and technology and beauties of the architecture.

“Now we are left with a world without urbanism, only architecture, ever more architecture.”

In the book “S, M, L, XL”, “What ever happened to urbanism”, Rem Koolhaas suggests that “Now we are left with a world without urbanism, only architecture, ever more architecture.”(S, M, L, XL, Rem Koolhaas, Bruce Mau, 1995, pp. 967). Of course urbanism still exist today, but the urbanism we have is the one different to what Rem Koolhaas described, it is the one impact by the modernization, it is a failure of urbanism. Nowadays urban expanding so quick with the negative impact from 20th century’s modern movement, in the past decades global economy and financial growth are slowly destroying traditional urban and its quality. This leads to the urban today where city is the form of citizen’s present needs as Rem described as “Exile to the virtual world”. (S, M, L, XL Rem Koolhaas, Bruce Mau, 1995, pp. 967) When architects designing cities, buildings or landscapes, too many things that cannot be controlled. Therefore architecture is necessary or even essential for new urbanism. Rem suggests several points for the ideal ‘new urbanism’ should “no longer be concerned with the arrangement… no longer aim for stable configurations… denying boundaries… discovering hybrids…reinvention of psychological space…”(S, M, L, XL Rem Koolhaas, Bruce Mau, 1995, pp. 969-971). 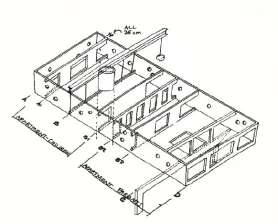 In Bordeaux, an old couple wanted a new house after the husband experienced a car accident and has to spend the rest of his live on the wheelchair. Rem was the designer. Considering husband’s inconvenience, an elevator was added to the house as a representation of the urbanism, and turns into his personal world where he can find the sense belonging. In the villa he made the elevator a movable floor slab. Elevator moves among underground floor, ground floor and relatively enclosed first floor, beside is a wall vertically through the entire building, with all husband’s personal stuff, the arrangement is R.Koolhaas/OMA, Lemoine house, Floirac, near Bordeaux, 1994-98, I

no longer a concern. While it is moving, this elevator becomes husband’s personal place and an independent space in the building. This becomes a type of urbanism’s “reinvention of psychological space”, denying boundaries of the floor. To husband’s point of view, the building is no longer separated as three different floors but as one structural space. Furthermore, this villa feature of hybrid of new urbanism by using different sorts of material is different parts of the building. Building was located on the top of the hill, surrounded with peaceful grass land and bush. Therefore the ground floor and first floor was mainly built by glass wall so that person live inside the villa can have the great view of Bordeaux city. Above the glass wall is the bedroom made by concrete, appear as a heavy box floating in the air determining a certain solution for layout of the building and quality of the space. However, glass wall cannot afford the weight of the concrete slab, Rem use a special structure to solve the problem: A steel portal and a hollow piloti with a large diameter in reinforced concrete, reminiscent of the ones in the project for Agadir. To introduce a further, decisive degree of visual instability. (Roberto Gargiani, 2008, pp. 212). On the top of the concrete piloti is a long shiny stainless steel structure with the large concrete box on one side, on the other side is a large over-hanged concrete block buried in the patio garden, achieving equilibrium and make the top concrete box seems to float even more vividly. This technology is connected with the tradition launched by ledoux with the house pended. The perfect combination and hybrid of glass wall and concrete wall structure again express Rem’s ideal urbanism.

The over-hanged concrete block buried in the patio garden.

“Instead of enforcing coexistence, Bigness depends on regimes of freedom, the assembly of maximum difference.”

It sounds impossible for an architect or even architects to control a large thing like skyscraper, large landscape or even a city. When the modernized urbanism meets architecture, the problem of the large occurs. “Beyond a certain scale, architecture acquires the properties of Bigness.” (S, M, L, XL Rem Koolhaas, Bruce Mau, 1995, pp. 494-516). Nowadays, between modernizations which is what citizens need and acquire, and architecture which is the art of the building, urbanism choose what citizens need and this is when architecture start to fall. Art and beauty of architecture is useless against urbanism. However, bigness is a solution, “it is the one architecture that can survive, even exploit”. (S, M, L, XL Rem Koolhaas, Bruce Mau, 1995, pp. 494-516). Just like what Rem said, Bigness is the solution or maybe the only solution for urbanism and architecture’s assembly. “Instead of enforcing coexistence, bigness depends on regimes of freedom, the assembly of maximum difference.” Suggests Rem’s idea: by using bigness, freedom and large space to combine architecture and urbanism. Evoke the idea of bigness is to offer everyone live under urbanism maximum space, freedom and privacy. 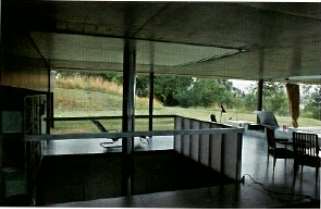 There are several uses of the bigness and in Rem’s residential work – villa of Bordeaux, such as elevator. In the theory of bigness: “The elevator – with its potential to establish mechanical rather than architectural connection.” (S, M, L, XL Rem Koolhaas, Bruce Mau, 1995, pp. 494-516). The art of architecture become useless in the large size building. To avoid this Rem turn the traditional elevator into a movable giant floor slab. Instead creating a single room for the husband, this elevator makes the all three floor as a space for husband, remain the technology of bigness and the ‘art’ of architecture at the same time. The

Elevator-living room with the mobile platform.

elevator can move from opening public living room to private bedroom, gives him enough space but at the same time – regimes of freedom. Another example is the Glass wall under the concrete box bedroom. With a brief look from outside, the building looks like typical modernised urbanism type house. However the comparison of the top concrete close up type bed room and opening ground floor with glass wall surrounded represent the assemble of two different concepts and ideas. This villa has more than 400 metre square land and three floors. The large space combined with glass wall enlarge the sense of freedom and

“The seeming failure of the urban offers an exceptional opportunity”

Modernization heavily impact on urbanism on the negative side. Within globalization in urbanism, dwelling building all over the world are becoming more and more similar, some unique feature are decreasing. More buildings share same structure, same shape and same style. These took the original ‘urbanism’ away from the city, instead, urban become a solemn place full of steel framed building. This is the where Rem Koolhaas pointed out that “In a landscape of increasing expediency and impermanence, urbanism no longer is or has to be the most solemn of our decision; urbanism can be lighten up, become a Gay Science – Lite Urbanism.” (S, M, L, XL Rem Koolhaas, Bruce Mau, 1995, pp. 961-971). In modern days, under the fail urbanism, the new environment of urban is no longer a series place for living but a place where people can find themselves belong to, a place that not only bring them convenience and comfort, but also a simple place where they find enjoy to stay, where they can find happiness and care. 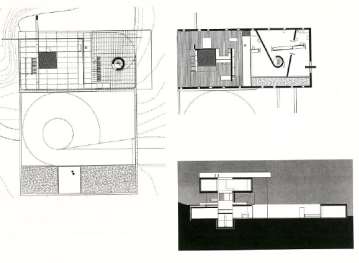 In that case, Villa of Bordeaux can be the representation of ‘Lite urbanism’, building itself was a product of urbanism, offer people who live inside a place to rest, elevator offer husband who has to spent his life on wheel chair convenience, On the wall of the floating box, several holes with different height enable people at different level to look at the view outside. Furthermore about urbanism, house was locate on the top of the hill surrounded with no other building but quite grass land and bushes, different from the normal dwelling building locate in the city. Evokes an idea of the owner of the building who wants to take root of this place and live in seclusion. Without the crowd and noise, villa of Bordeaux becomes a representation of “Lite Urbanism”. Although the failure of the urbanism brings negative effects to cities, still Rem Koolhaas treats it as an opportunity at the same time and he designed lots of amazing architectural buildings such as Villa of Bordeaux.